The School District Does not have to evaluate your child just because you submit a signed request to evaluate.

When you submit a written and signed request for an evaluation, the school district has 15 days to meet as a team, discuss your child’s educational needs, and provide a written response with indication of a game-plan to meet your child’s needs. That “game-plan” does not necessarily need to include a referral to the school psychologist for an educational evaluation. It may, rather, include any number of other options including modifications to how the classwork is assigned. However, you can appeal their feedback and request due process in that regard.

To determine eligibility for special education services, most Districts still use the 15 point discrepancy guideline

If your child is evaluated by the school psychologist, various tests are administered (IQ, Academic…). The scores are listed as “Standard Scores” with an average of 100 (average runs from 90 to 109). There generally needs to be a 15 point “discrepancy” or difference between the IQ score and the academic scores (reading, math…) for a child to be deemed eligible for special education (Specific Learning Disability). For example, if the child obtains an IQ of 100, then it’s expected the reading and math scores will also be about 100 (it’s expected that the child will achieve at the same level as their IQ). However, if the reading or math scores are 85, that’s a 15 point difference and would qualify the child for special education (under the classification of a Specific Learning Disability). Less than a 15 point difference would preclude qualification. Other factors are also considered including PSSA scores, grades, work effort, prior opportunity for being appropriately educated, and English language proficiency. However, the 15 point rule is often primary.

The 15 point discrepancy model is why many kids, who may need special education, don’t qualify

It can be quite challenging to obtain a 15 point discrepancy, especially in the lower grades, and even more-so if a child has a lower IQ, say in the low average range. For example, if a child has an IQ Standard Score of 82 (low in the low average range), then the reading and math standard scores would have to be as low as 67, which is quite deficient and unlikely except in the most severe of situations. So, kids who have a lower IQ, and who are often in most need for special education, are often excluded. Keep in mind that, in this scenario, a child with a Standard Score of 70 in Reading is clearly struggling, but does not qualify because there is less than a 15 point discrepancy. This is a situation that most school districts acknowledge as a problem and try to provide alternative options such as Title I and similar programs.

The benefit of using grade-equivalents in addition to standard scores

A child may have a Standard Score of 87 in reading comprehension, which is at the upper end of the “low average” range and, on the surface, does not appear significantly deficient and often would not lead to a child meeting criteria for special education (under the classifiation of a specific learning disability). However, despite the low average score, the grade-equivalent (the grade-level on which the child is working) for that child may be two grades behind, truly revealing the degree to which the child is struggling. Most often, grade-equivalents are not listed in the report, and their importance tends to be down-played for various reasons I won’t bore you with today. However, I’ve found that grade-equivalents are important and need to be reviewed, discussed, and taken seriously during team meetings.

The terminology used by school districts (Specific Learning Disability, Other Health Impairment…) comes straight from the Pennsylvania Department of Education in Harrisburg. This Department tells the Districts what terms they must use to receive funding. Consequently, school districts use the term “specific learning disability (SLD)”. It’s important to know that well over 90% of all kids who fall under the classification of SLD, have dyslexia (or dysgraphia, or dyscalculia…). In that regard, the reason they have a specific learning disability is because they have dyslexia. I’ve written at length about dyslexia, so feel free to read my prior posts about that disorder on the cpcwecare.com blog.

What does this mean for you?

In summary, there are lots of accommodation options besides directly referring to the school psychologist for an evaluation. In fact, you may find the process faster and smoother to receive feedback from the team regarding simple and efficient things they can do, now, in the classroom to help your child, and things you can do at home rather than waiting 60 days for the school psychologist to complete and present evaluation results. This is especially true given that a 15 point discrepancy is often needed for eligibility to receive special education services, and the chances are not great your child will have that discrepancy; especially in the lower grades. A 504 Plan may be more than sufficient and is much faster to develop. A 504 Plan is used for children who have a diagnosis for which various modifications can be used to ensure they have the same opportunity for an appropriate education as everyone else. It’s often used, for example, with kids who are diagnosed with ADHD. Ultimately, however, it’s vital to obtain information about what you can do at home to help your child learn. Again, see my prior posts about dyslexia (learning disabilities) for specific tips and suggestions. Also, feel free to email me at doctorc@autismcenterofpittsburgh.com.

There is wide-spread belief that children are over-diagnosed and over-prescribed, which implies that some kids are ‘just being kids’ and we’re pathologizing them, i.e. giving them a diagnosis, counseling, and medication when we should, rather, be sensitive and accommodating to the wide-spectrum in children’s activity-level and ability to attend. Is this an accurate perspective?

First, lets look at the stats: Rates of children, ages 4-17, diagnosed with ADHD are at about 7.8% (according to a recent National Health and Nutrition Examination Survey), which is not especially high, and stimulant prescription rates range between 4.3% and 4.4%, which you can see is substantially lower than 7.8%. Also, in that same survey, it was found that only 48% of the ADHD sample had received any mental health care over the prior 12 months, which would suggest children are, actually, being under-treated.

How is the diagnosis made?

To make the point further, if a clinician uses a strict clinical protocol, false-positives (inaccurate diagnosis) should be kept to a minimum. I provide a thorough explanation of the evaluation process in my video on the ‘evaluation process’ (http://www.youtube.com/channel/UC57Fa3L2HSpQifNJAMBiVVA) but here is a quick overview of specifically what is needed for an ADHD diagnosis:

-The child must have a long-history of demonstrating the core ADHD symptoms of inattention, impulsitivity, and hyperactivity. ADHD does not suddenly ‘spring-up’ one day after years of attentiveness. It’s usually something teachers and parents see from as early as the pre-school years.

-The signs are seen in multiple locations (school, home, community…).

-The problem is really getting in the way of the child’s functioning.

-Someone else in the family also has a similar problem with inattention, impulsivity… (ADHD tends to run in the family).

The problem cannot be explained better by some other malady. For example, if the child is distressed, depressed, anxious, or has learning issues, that may explain the symptoms better than ‘ADHD’. In that regard, if a child is experiencing some sort of stress or serious problem, it’s likely he or she will be preoccupied and subsequently have trouble concentrating.

So you can see…

If this protocol is followed, it’s far more likely that there will be an accurate diagnosis, and an effective treatment plan can then be established. I’ve written at length about proper strategies to address ADHD (please see my prior blog posts) that include a consistent and predictable routine, visual reminders, an organized environment, extra attention and assistance, counseling to improve insight and coping strategies and, in some cases, a medication consultation.

If you have questions about this process or your child’s diagnosis, email me at DoctorC@autismcenterofpittsburgh.com or call the office. I’d be happy to answer your concerns.

There has been lots of fuss about the DSM-V and the autism diagnosis; will it result in less children meeting diagnostic criteria and therefore less children getting the services they need? Is this concern legitimate? I’ve written about this in prior posts, but here I’ll provide further elaboration.

What’s the problem, and what is the diagnostic criteria?

Is the DSM-V Autism Spectrum Disorder (ASD) diagnosis the issue at hand, or is it another DSM-V diagnosis that might be a “problem”?

First let’s take a brief look at the ASD, the criteria includes:

1.   “Deficits in social communication and social interaction” manifesting in, for example, poor back-and-forth communication, deficient eye contact, and absence in an interest in peers or inability to sustain the relationship/interaction.
2.   “Restricted, repetitive patterns of behavior, interests, or activities, and/or hyper or hypo-sensitivities.

So, you can see that this criteria, with the specifiers, cover everything from what formerly was called ‘Autistic Disorder’ at the more severe end; ‘Asperger’s Disorder’ at the ‘high end’ and ‘Pervasive Developmental Disorder NOS’ for those in-between.

Is There Another Diagnosis?

Yes, there is another ‘competing’ diagnosis, and this is where there may be a potential “problem”.  In that regard, the DSM-V has a new diagnosis referred to as “Social (Pragmatic) Communication Disorder (SCD), which entails “persistent difficulties in the social use of verbal and nonverbal communication manifesting in”, for example, difficulty “greeting others and sharing information”, using “overly formal language”, and “following rules for conversation” such as in turn-taking and rephrasing, and “difficulty understanding what is not explicitly stated.”

This diagnosis would cover those kiddos who may have autism-like verbal and social deficits and kiddo’s who ‘don’t quite get it’ socially, but who do not have any restricted or repetitive patterns of behavior or interests.

Which DSM-IV diagnosis will be most affected by the SCD diagnosis?

Consequence of the DSM-V?

It’s likely this change in diagnosis to SCD, for the very few children who will be affected, will generally be positive. In that regard, having seen these kiddo’s first-hand, they clearly struggle with verbal and social skills, but are not “autistic”. Up to now, the diagnostic options have been few besides PDDNOS. These children can still obtain services consisting of individual and group speech/language, and outpatient social skill training, while avoiding the autism diagnosis that does not quite fit anyway.

Hope that helps to clarify the effect of DSM-V regarding the “Autism Spectrum Disorder” vs. PDDNOS, Autistic Disorder, Asperger’s, and Social Communication Disorder.

Feel free to follow-up with me, with any questions at the doctorC@autismcenterofpittsburgh.com. 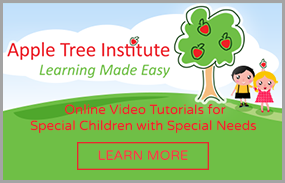